Shrimp Salad with Spinach and Feta

I’ve been gone for over a month, but I come bearing this shrimp salad with spinach and feta. If you try it, I think you’ll forgive me for my absence.  It’s one of my many “reset” salads. My try at redemption after two back-to-back over-indulgent vacations north. Let me explain.

First there was Northern California with the Mom to visit the Aunt.  Why, yes, we did in fact spend one day trolling San Francisco with an old college friend of mine. It’s a pleasure to be once again with those who knew you “way back when”, is it not? 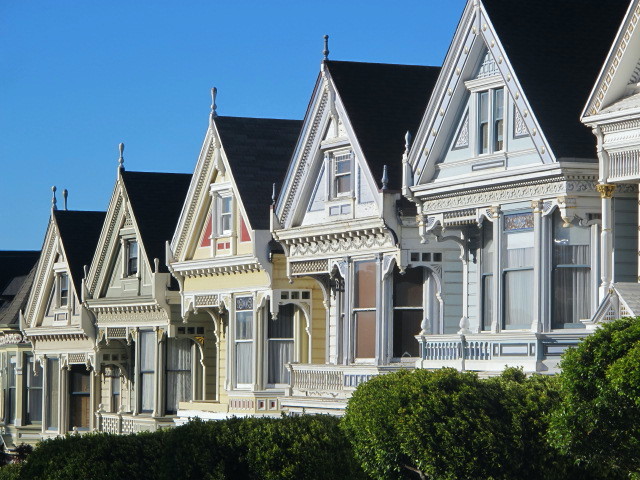 But actually, if you look at a map, San Francisco is just about in the middle of the state.  When I say we went north, I mean, we in fact went north.

First, to the Russian River Valley, which I must say for my tastes is preferable to Napa.  More laid-back, prettier even, but what do I know? 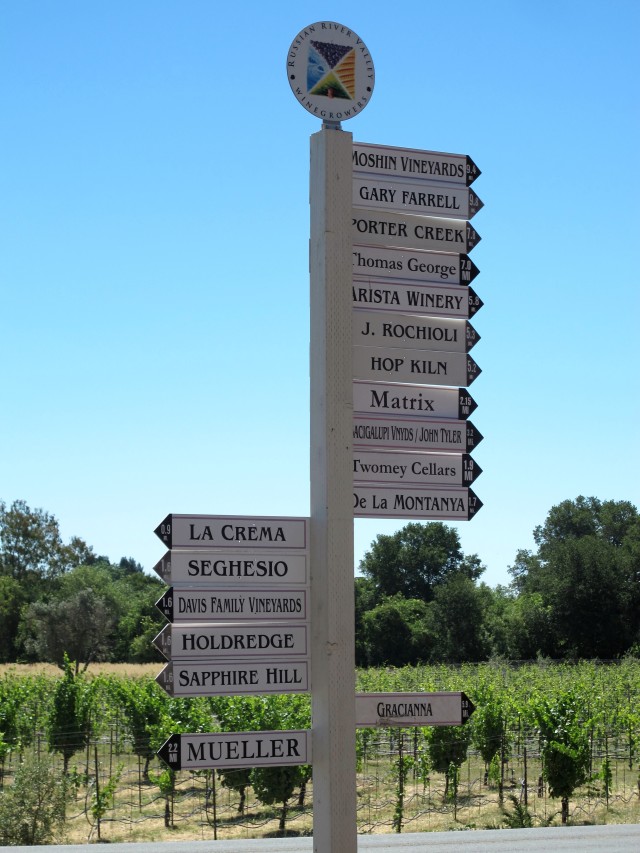 And don’t even get me started on the charming wine town haven that is Healdsburg.  I could live there quite easily, dining at least once a week at Willi’s Seafood Bar.

I also had the chance to meet the very generous and kind Michel, who is the proud owner of Bistro des Copains in Occidental.  He not only helms this authentic-to-me French bistro, but he also writes a dreamy blog about food and his house in Provence.  If you’re passing through, I highly recommend a meal here.  His roast chicken was better than any I’d tasted in France last summer.  And there’s complimentary tapenade. Can’t go wrong there either.

But when I say north, I mean north, like I said, to the touristy and hippy Mendocino for a lunch stop.

And then, just when I thought we were pretty far north, we drove another 4 hours north, (okay, I’ll stop now), landing finally in Eureka, where the Aunt lives, which has more of an Oregon feel than a California one.  We found the area to be absolutely gorgeous.  It’s the hidden California. Who knew?

Like its more popular big sister to the south, Eureka has an old-timey Victorian past.

There are loads of cute shops in its Old Town.  I’m kind of obsessed with independent bookstores. I take a lot of pictures of them. Sometimes I buy a book too.

The surroundings, though, were really what stunned us with the beauty of it all.  Trinidad was my favorite.

I was charmed by the Eel River Valley, which believe it or not, reminded me Ireland, with its plentiful sheep and cow farms, narrow lanes, overflowing foliage, teensy towns and water views. 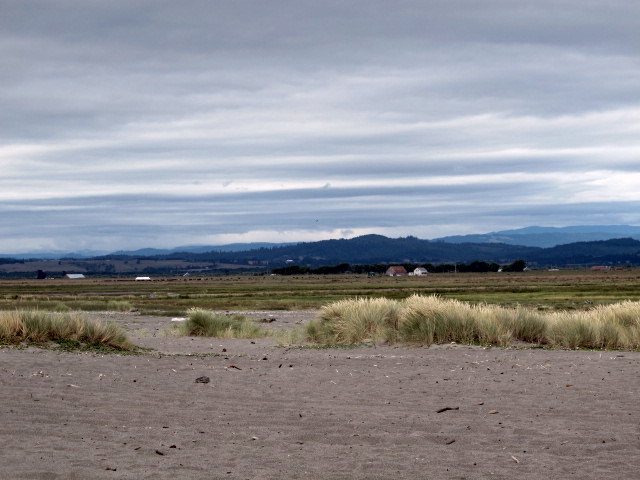 And you can’t go this far north without seeing the big trees.

Or dining at a marina. 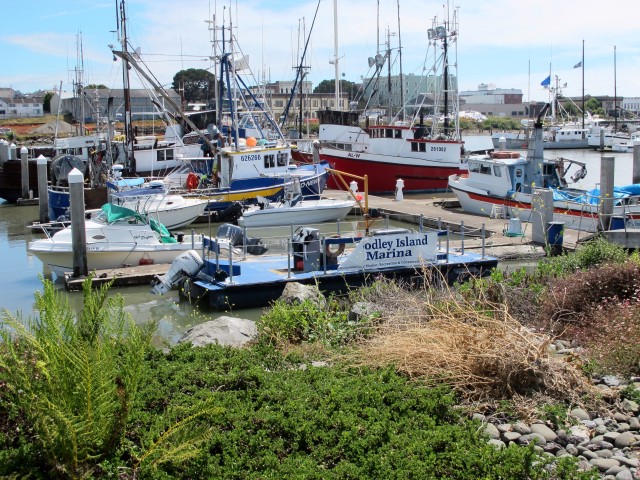 On our return South we lunched at the “Disneyland for adults” that is the Francis Ford Coppola winery.  No regrets there either.  We had a fabulous lunch.

We gilded the lily with an evening drive through the Sonoma Valley.

Then, in an instant, it was all over and I was laundering and packing to head Up North (as we Michiganders like to say) once again for the annual family food fest known as Fourth of July at Aunt B’s and Uncle G’s.  I was too tuckered from the other trip to do much more than raise that glass of rosé to my lips.

So about that Shrimp and Feta Salad.

It serves 4 as a starter (2-3 as a main), is slightly adapted from Rachael Ray magazine and is a simple way to redeem oneself after copious amounts of fresh fish n’ chips, the Aunt’s banana cake, 4th of July hotdogs and that there pink wine.  No holds barred on vacation, right?

1. Whisk together shallot, vinegar, mustard, honey and salt/pepper. Pour in 1/4 cup olive oil in a slow stream, whisking constantly until the dressing comes together. Set aside.

2. In a skillet preheated over a medium flame, add 2 tbsp. olive oil.  Add the shrimp and stir fry for 2-3 minutes or until just cooked through (when they curl up and turn pink/white they are done).  Add the crushed red pepper.

3. Add the shrimp to the dressing and serve over spinach.  Top with crumbled feta.

foodie, francophile, Ann Arborite, teacher, bookworm and self-professed latte-lover--come cook with me!
View all posts by Liza M. →
This entry was posted in salads, Seafood. Bookmark the permalink.

14 Responses to Shrimp Salad with Spinach and Feta